Imaging of beams from TDS and FDS spectroscopy systems

Our terahertz imaging camera is a perfect tool for TDS and FDS beam profile measurement which was proved jointly by TERASENSE and TOPTICA researchers in the course of our R&D project followed by technical meeting held at TOPTICA’s headquarters in Munich, March 19-20, 2015.

We are absolutely confident that the results obtained in the course of this mutually beneficial collaboration mark the advent of an entirely new era in the development of TDS and FDS systems – now reinforced with TERASENSE imagers. 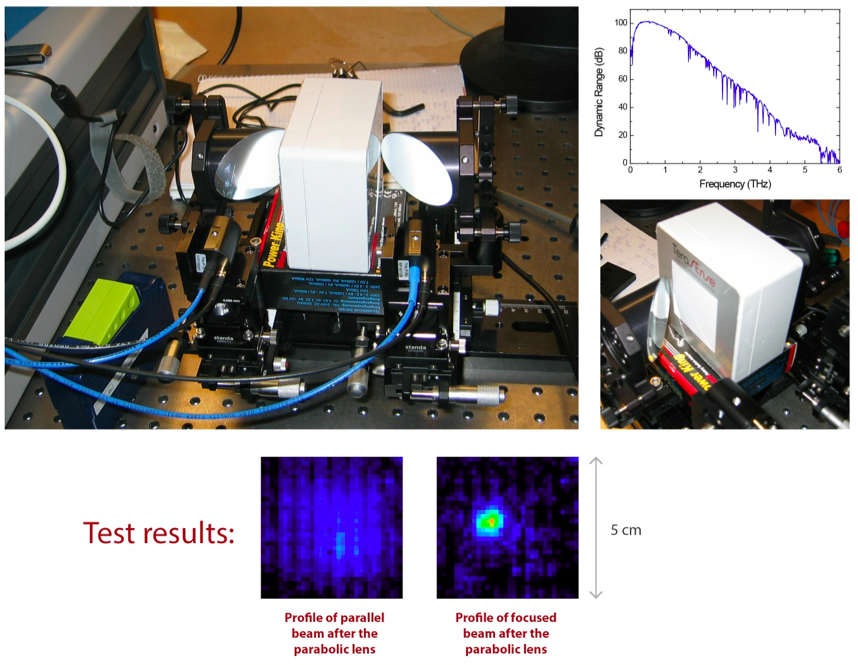 Terahertz frequency-domain spectroscopy is a spectroscopic technique in which the properties of a material are probed with continuous-wave (cw) terahertz radiation. The radiation is obtained by optical heterodyning in high-bandwidth photoconductors: the output of two cw lasers converts into terahertz radiation, exactly at the difference frequency of the lasers. The photomixer is represented by a microscopic metal-semiconductor-metal structure. Applying a bias voltage to the semiconductor structure then generates a photocurrent that oscillates at the beat frequency. The output frequency spans from 50 GHz up to 1.5 THz. 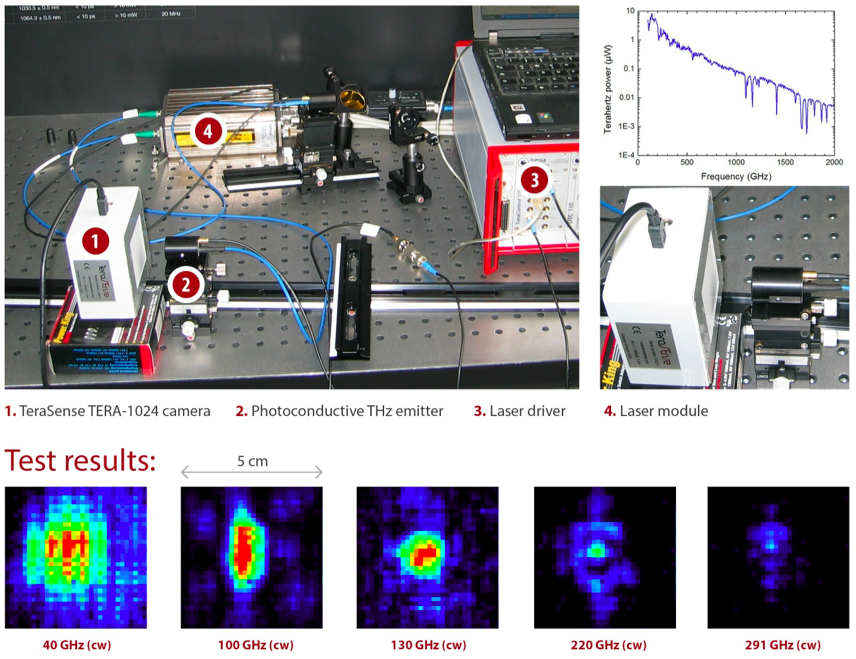 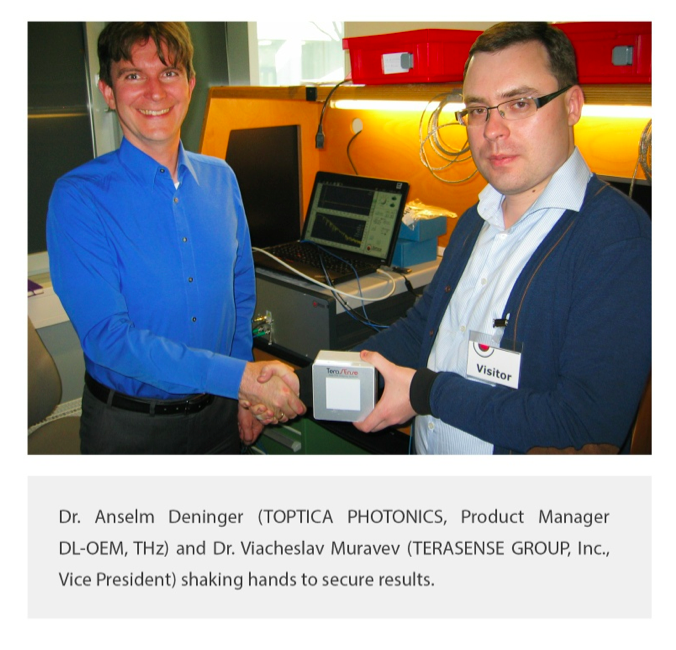