Millimeter radio waves are electromagnetic waves with wavelength between 1 and 10 millimeters. They are also called the millimeter band. They have respective frequencies of 30-300 GHz, which constitutes the lower part of the “Terahertz gap” – a wider spectral range extending from 100 GHz to 10 THz.

The millimeter wave technology is applied mainly in RAdio Detection And Ranging (RADAR) systems. This technology uses millimeter and centimeter waves to determine the range, location, or velocity of objects. It can be used to detect aircraft, cars, ships, missiles and to survey the terrain. In structural sense, basic radar system consists of a transmitter and a receiver (often with the same antenna used for transmitting and receiving) arranged in such a way as to measure the electromagnetic echo produced by a distant target. Then, various signal processing techniques are employed to retrieve the desired information about the target. 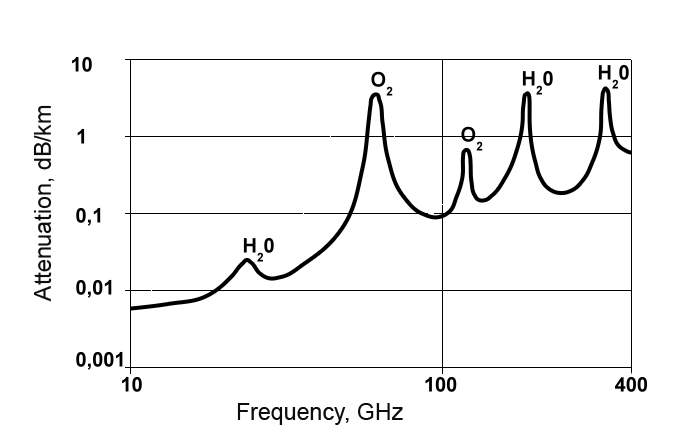 One of the most significant issues in millimeter wave technology is that absorption by the atmospheric gases throughout the band increases with frequency. Fortunately, there are only few specific absorption peaks in this region, mainly at 24, 60 and 184 GHz. At the intermediate frequencies, millimeter waves have much less atmospheric attenuation and propagate over greater range, hence they are useful in many applications. In particular, these are 100, 140 and 300 GHz frequencies, which are the very frequencies TERASENSE technology is based on.

Another aspect to consider is the dependence of spatial resolution on wavelength. THz radiation in 100 to 300 GHz range implies respective resolution of 3 – 1 mm. As a tradeoff, better resolution can be achieved at higher frequencies at the cost of higher absorption of almost all materials: clothes, wood, paper.