The ‘microwave’ section of electromagnetic spectrum that has wavelength of approximately 4 – 2.7 mm and covers respective range between 110 GHz and 75 GHz is commonly known as W band. In terms of frequency W band position can be described as located between V band designated by IEEE, United Sates, as a span covering 40–75 GHz range at one end, and slightly overlapping M band for which NATO allocated a section of 60–100 GHz at the other end. W band technology is aggressively developing and keeps conquering new fields of science and industry. Presently known application areas include, but are not limited to radar targeting and millimeter-wave radar search used both, for civilian and military purposes, satellite communications (sat.com), various military and civilian tracking application etc. Of course, non-destructive testing (NDT) and security -screening techniques developed by Terasense for inspection of various materials and detection/visualization of internal defects / anomalies, as well as for hidden items feature as primary applications. Below is a brief overview of each trend. 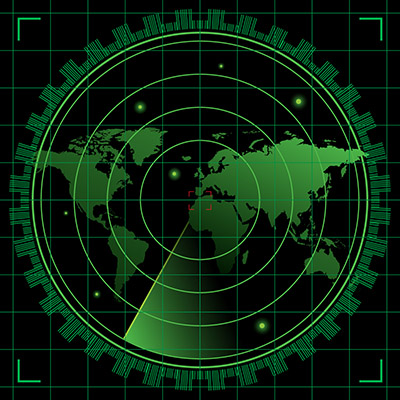 Modern security screening systems for detection of hidden weapons can employ either active and passive design / technique. For instance, Terasense security body scanner is based on active stand-off setup and includes narrow-band sub-THz sources at 95GHz-100GHz. Along with that there are a number of passive millimeter-wave screening systems (i.e. those that get by without radiation sources) which are also used for weapons and contraband items detection and operate at frequencies around 94 GHz. The frequency of 77 GHz is a commonly known preference for various radars used in automatic cruise control systems (and their respective radars). The frequency of 94 GHz in itself is referred to as so called ‘atmospheric transparency window’, while at higher frequencies millimeter-waves and THz radiation are known to be heavily absorbed. These properties enable the use of imaging millimeter-wave radar and attract a number of applications associated with defense, astronomy, security etc. 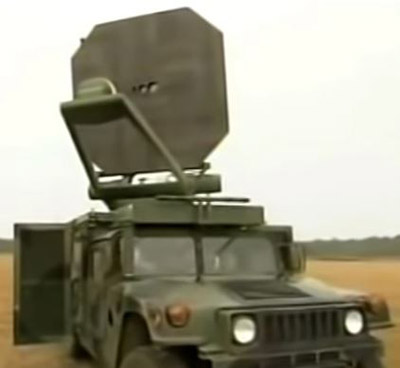 The U.S. Marines and Air Force now use a conceptually new deterrent technology called Active Denial System (ADS). This technology is based on less-than-lethal impact on human skin, which in other words does not kill but scare off people from locations where their presence is undesirable. The technique employs millimeter waves at the frequency of 95GHz that considerably heat up the very thin top layer of human skin (only to 0.4mm deep) up to a temperature of approximately 53-54 °C. Such heat ray impact generated by this stand-off deterrent system lasts only for a couple of seconds (or use series of burst 2-sec long), but it’s more than enough to achieve the sought result. It is impossible for a human to tolerate such effect even for a few seconds, which in its turn forces targeted person(s) to seek escape from its influence and move away. 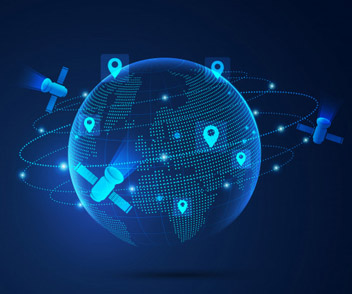 Mobile communication backhaul infrastructure has been exploiting Microwave W band for nearly two decades and nowadays nearly half of the word’s mobile web-sites employ connections via radio links based on Millimeter and Microwave waves. On top of that we can bear witness to 4G evolving into 5G communication era , and experts unanimously support the opinion that W band can entirely satisfy 5G wants and needs, both for data transfer and network.

Terasense is a leading manufactu

rer & supplier of innovative portable terahertz and sub-THz imaging sensor arrays/cameras, sources and detectors most of which are based on W band. We offer matrix 2D THz systems and 1D linear scanners and custom-tailored solutions, meant both for scientific/research and industrial use in countless applications.