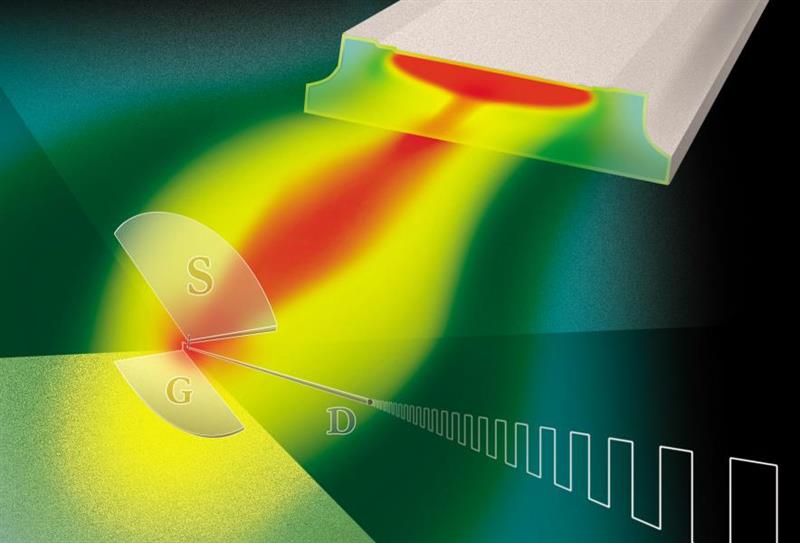 A solid state technology platform developed by scientists in Italy and France is said to open the door to the use of THz photonics in a range of applications.

Although there has been much research in THz technology, the team of researches says one missing piece has been a complementary detection technology. To solve this issue, the scientists used an approach that exploits the excitation of plasma waves in the channel of field effect transistors (FET). Alongside creating the first FET detectors based on semiconductor nanowires, the team also developed the first THz detectors made of mono- or bilayer graphene.

"Our work shows that nanowire FET technology is versatile enough to enable 'design' via lithography of the detector's parameters and its main functionalities," said leader of the Terahertz Photonics Group.

According to the team, the nanowire detector operates at room temperature and can detect frequencies in excess of 3THz, with maximum modulation speed in the MHz range.

The team now plans to 'push the device's performance in the ultrafast detection realm', as well as integrating nanowire detectors with THz quantum cascade microlasers. "This will allow us to take THz photonics to a whole new level of 'compactness' and versatility, where it can finally begin to address many 'killer' applications." 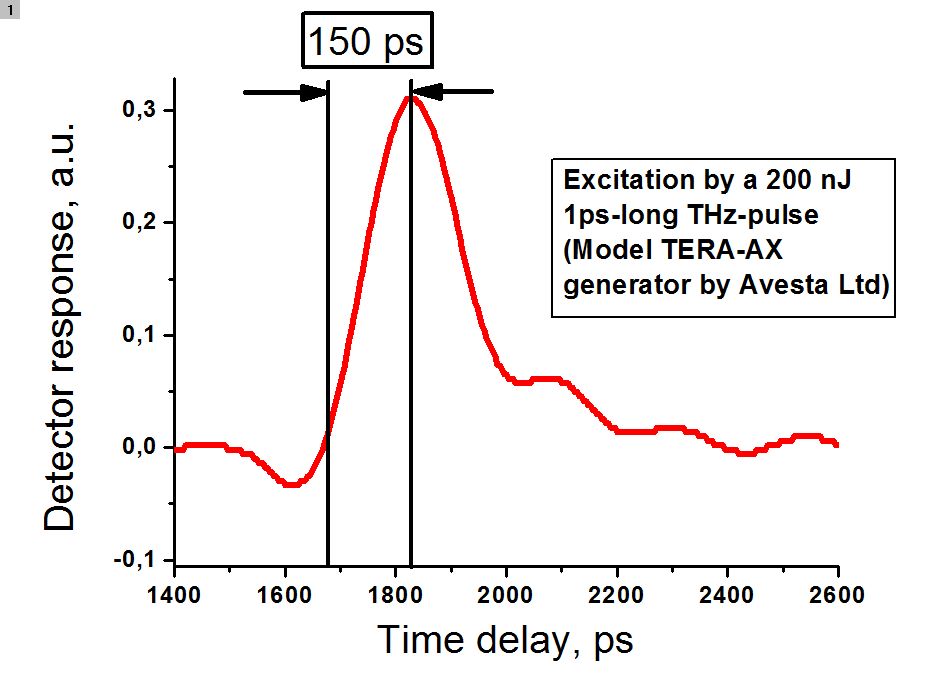 Another team has stepped further in terms of ultrafast detectors operating at room temperature in sub-THz region (40 GHz - 0.7 THz). Ultrafast detectors produced by TeraSense consistently demonstrate response time of less than 150 ps. This was confirmed by direct observation of its impulse response function. The detector was excited by 200 nJ 1 ps laser pulse with a broad spectrum ranging from 0.1 to 3 THz, and its response was recorded by a high speed oscilloscope. The response function shows rise and fall times of 150 ps limited by the oscilloscope 4 GHz bandwidth.

The measured short response time makes it possible to use our detectors for straightforward investigation of fast transient processes in THz-science and telecommunication. 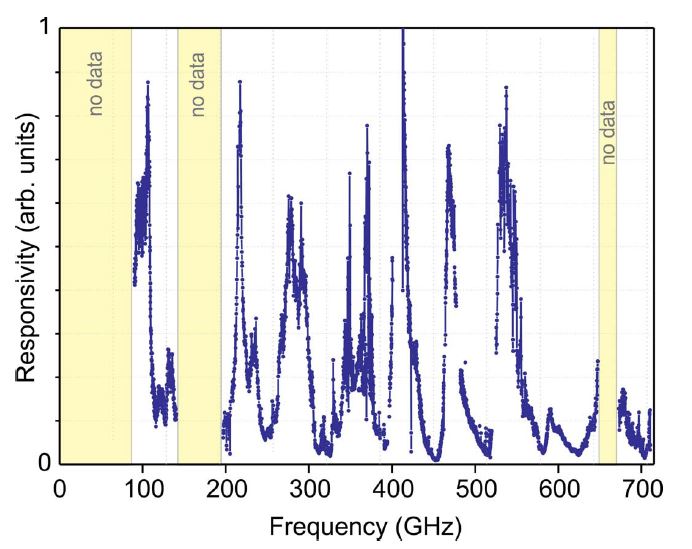 TeraSense® detectors are sensitive in a wide frequency range. However, their frequency response is not continuous, but consists if multiple bands (peak structures). Positions of the peaks in responsivity curve can be tuned at manufacturing stage to suit specific client’s requirements.

Our ultrafast high-sensitive sub-THz detectors are meant for exploring fast-changing and transient sub-THz signals and impulses. Terasense detectors are actually expediting the advent of ultra-high-speed wireless telecommunication networks that is about to happen in the nearest future. Terasense ultrafast detectors are also an ultimate tool for characterization, calibration and tuning of impulse sub-THz sources.