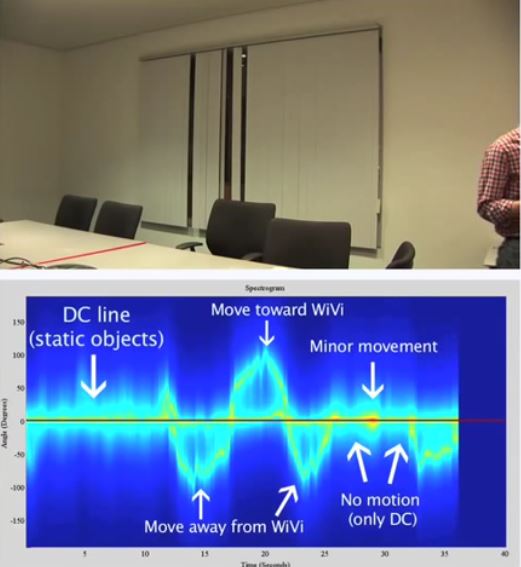 Many of our customers keen on various security screening applications frequently ask us whether our Terahertz imaging systems can ‘see through’ walls. Well, we have to admit that while Terasense THz imaging products are still on their way to such enhanced ‘enlightenment’, our counterparts at Northrop Grumman  jointly with DARPA have made first steps in this direction and are already able to demonstrate amazing results.

These two research partners created a new chip capable of clocking in at 1 terahertz /sec, which was recently registered as the new world record in the Guinness Book. This discovery offers new opportunities with the most promising applications appear to be represented by such fields as imaging (in particular, tracking movements through walls) and communications (by potentially opening up new broadband options and ways to communicate over short distances between mobile devices).

The chip works at 1 trillion cycles per second, compared to the previous world record of 850 billion cycles set in 2012. That means that every second, 1 trillion terahertz waves are produced. That puts the waves at the frequency between what your microwave emits and the infrared radiation used in night vision goggles.

“Seeing through wall’ capability, of course, is worth while explanation, especially such aspects as how it works and what benefits this technology offers to consumers. Just like radar signals, these new and tighter waves bounce back form an object, but they enable to get a more detailed picture by yielding more details.

The operating principle of Wi-Vi system relies on two antennas to broadcast Wi-Fi signals and a receiver to read them. In fact it is an enhanced version of Wi-Fi signal, but Wi-Vi does not degrade in quality each time they pass through a wall, which alone an indisputable advantage. Wi-Vi represent a two-signal approach developed by researchers at MIT.  The signals are inverse, so when they travel the same path they cancel each other out. When they hit a moving object, such as a person behind a wall, they are reflected at different angles. The receiver picks up just these changed signals, as the rest canceled each other out. 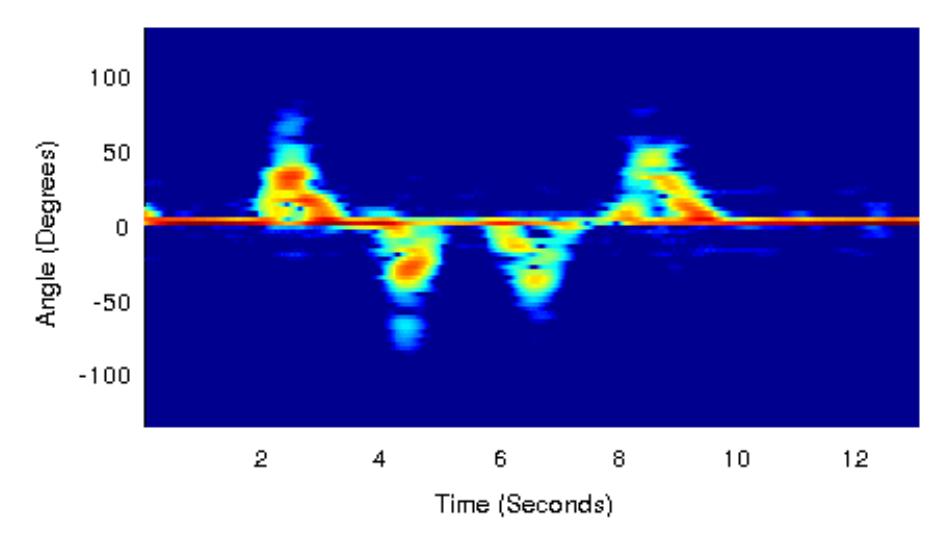 In fact, unlike our terahertz imaging cameras, Wi-Vi systems do not offer a literal image of a moving object behind the wall, but instead allows to track the movement, fairly well. This novel technology based on low-power Wi-Fi signals is said to allow users to simultaneously track up to three separate objects through a wall based on changes in distance from the receiver.  The longer it takes for the reflected signal to make it back to the receiver, the farther away the person is. The system then generates a graph of their position over time. Zero movement registers as a flat line, but minor movements are easily picked up. Each bump in this graph represents a step. The bumps above the red line indicate a step forward, while the ones below the red line indicate a step backward.

What can make your eyebrows crawl up, is that this Wi-Vi systems can also track the user too! For example, one could wave his arm to turn off the lights in another room. The system was able to differentiate between two separate hand gestures 100 percent of the time through glass, a hollow wall and a wood door during testing.

Researchers think the Wi-Vi system could also be used to find survivors in destroyed buildings or count and track criminals. Compared to previous military-oriented tracking systems, Wi-Vi is cheap, compact and lightweight, which makes it practical for consumer uses such as personal safety. Researchers now hope to improve the technology so it can work with denser walls over longer ranges.