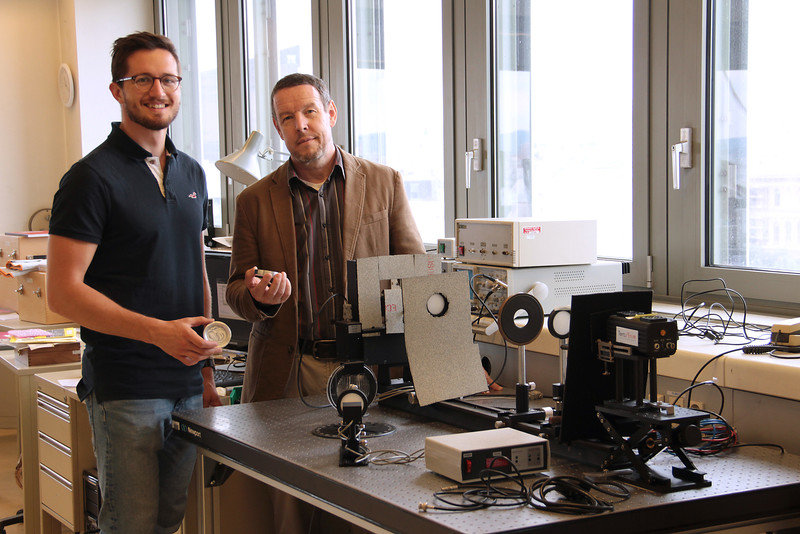 There are countless known APPLICATIONS for terahertz technology, but there are a lot yet to be discovered, while Terasesnse highly welcomes any further search efforts and quest for excellence for obvious reasons. We are well aware of many scientists and researchers around the world, many of whom being our grateful customers, who keep trying to discover new ways and this exploration never ends.   Analysis of various materials is just one of many techniques explored by one of our good old customers,   Prof. Andrei Pimenov and his PhD student  Jan Gospodarič in their lab at TU Wien  ( Vienna University of Technology) who procured a couple of our terahertz wave sources at 100 GHz and 140 GHz  a few years ago.

As became obvious from certain open publications posted by TU Wien team, they decided to concentrate their efforts on specific properties of   THz beams to be shaped in a special way  that employs plastic screens produced on a  3-D printer with high precision.  It is the design of these plastic screens  that enables such miraculous transformation, which must be a precisely calculated before printing o on the 3-D printer.  Many types of plastic and PVC are known to be transparent for terahertz ways, which is the reason why  this technique suggests using plastic screens in the capacity of special filters that tangibly alter  electromagnetic radiation of THz spectrum.  The thing is  that "terahertz waves slow down a little when they pass through plastic. This means that the crests and troughs of the beam become a little displaced" as Prof. Andrei Pimenov from the Institute of Solid State Physics at TU Wien explained. 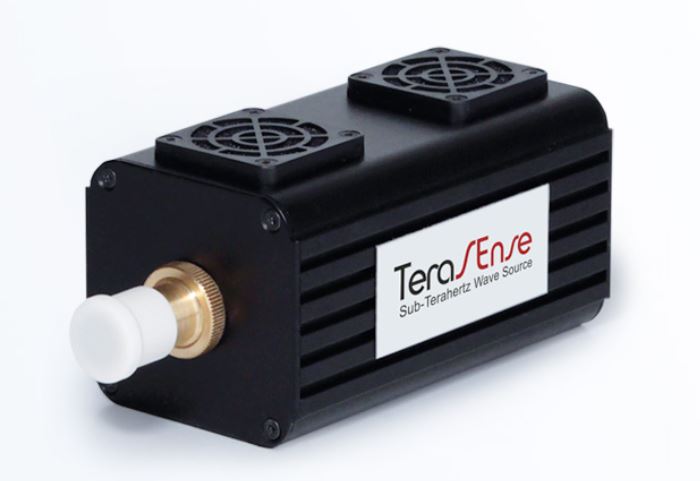 They identify to this process as a 'phase shifting'  which they use to manipulate the beams and get them into the right shape. It  basically resembles the way a simple optical lenses, viz. plano-convex lenses, process the visible light. The lenses are  usually thicker in the middle and therefore it takes longer for a light  to pass through there  as compared to the time required to pass through much thinner  edges of the lenses. The light beams in the middle are therefore said to be more ‘phase delayed’ than the light beams on the edge and  that  is exactly what helps reshape the beam. As a result of such filtering of THz beams, the researchers  obtained  wider beams and shorter beams , but with that in mind, their ultimate goal was to harness all kinds of beams and  map them to a point when they all can be focused on a single point.  Eventually the required shape of THz beams was obtained by means of shooting THz waves through  plastic screens of various thickness. The  team at the Institute of Solid State Physics, TU Wien led by Prof. Andrei Pimenov  developed a  special algorithm to calculate the required thickness of the screen to get the designed parameters of the beam.  As Andrei explained, they gradually adjusted the  thickness of the screen 'so that the different areas of the beam are deflected in a controlled way, resulting in the desired image at the end'. 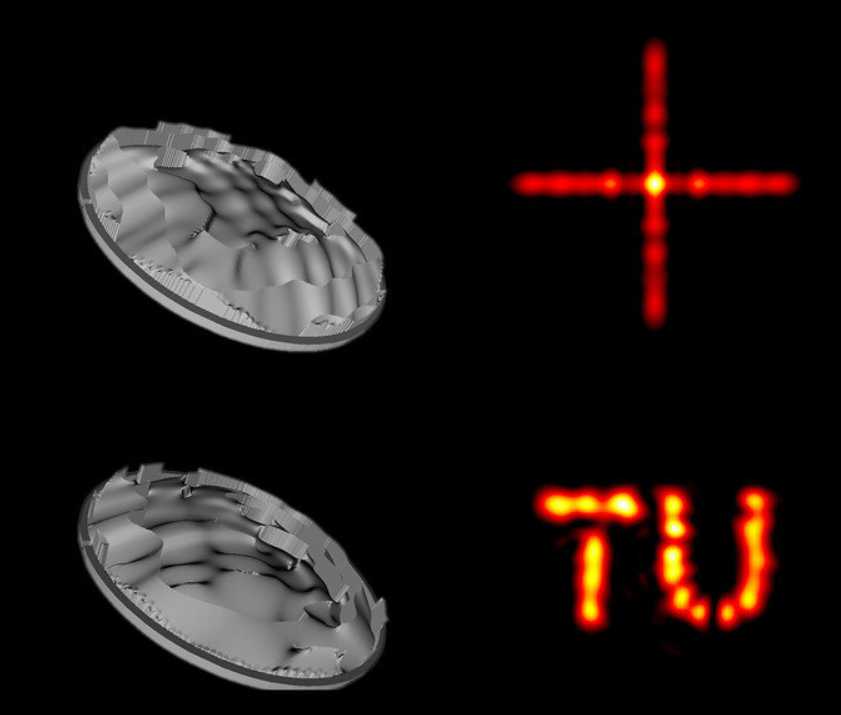 The rest is just a matter of using a proper 3D printing equipment, which does not necessarily need to be highly sophisticated with  extremely high resolution to fabricate set of plastic screens. Seeking to demonstrate this  technique and emphasize its capabilities the researcher team produced a few plastic screens including the one which brings a wide THz beam into the shape of the TU Wien logo. "This shows that there are hardly any geometric limits to the technology," says Andrei Pimenov. "Our method is relatively easy to apply, which leads us to believe that the technology will be rapidly introduced for use in many areas and that the terahertz technology that is currently emerging will make it a bit more precise and versatile." 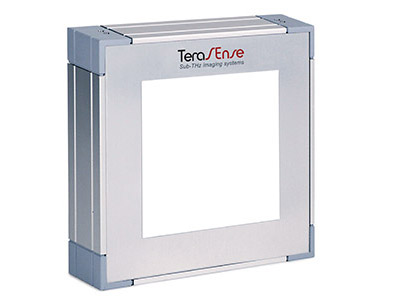 In conclusion it is imperative to note that Terasense fells proud to have supplied its terahertz generators at 100 GHz and 140 GHz to TU Wien team to generate THz beams for their experiments. Moreover, according to some of the colleagues at  Vienna University of Technology they still consider a purchase of other THz waves source at 100 GHz, more powerful, for instance with output power 200mW or even 800mW or THz generators for other frequencies.   Even more importantly, we really hope to sell our 2D THz imaging camera Tera-4096 64x64 pixels (with sensor array 96x96mm) with its unique THz imaging capabilities  for one of their projects  handled by  Jan Gospodarič  for which they have reportedly applied for funding their budget in 2020. Needless to say that we pin high hopes on this project and are ready and willing to go great lengths to satisfy their THz imaging needs to our best abilities. Once TU Wienorder is placed, we will make every effort  to considerably shorten our standard lead time  and support their requirement, as well as  many other customers’ needs and wants as we always do.