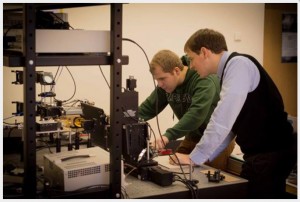 It looks like one more challenge in the evolution history of terahertz imaging systems and detectors has been successfully met! This time a scientific ‘bottleneck’ that the researchers from Lithuanian Center for Physical Sciences and Technology managed to circumvent was about getting rid of bulky terahertz optical systems e.g. passive optical components, parabolic or spherical mirrors, lenses, alignment fixtures etc., which can now be entirely dropped!

This terrific solution found by scientific group led by Linas Minkevičius enable combining within a single chip a room temperature In GaAs-based bow-tie THz diode (with a broadband range up to 2.5 THz), with secondary diffractive optics. The resultant Terahertz detector capable of operating at room temperature, is much more compact in size than its predecessors. Moreover, it is also much more reliable, being now relieved of the burden to keep clumsy optical alignment in place for precise imaging, which has been haunting Terahertz-based imaging system since their inception!

The starting point in this fascinating scientific endeavor was their initial goal of the Lithuanian researchers to create compact diffractive optics components for THz imaging systems and spectroscopy. The group handled this task in two steps: 1) making “free-standing zone plates and cross shape filter arrays, made of thin metal film used for focusing and frequency selection purposes” followed by 2) integrating filter array into the free standing zone plates. This approach allowed them, by all accounts, to considerably reduce the number of optical components, and, accordingly, make the system cheaper and more reliable.

The finishing touch in their research was “attaching the detector and the diffractive optics on separate sides of the semi-insulating semiconductor substrate”, as Linas Minkevičius described it to Electronics Letters. This brilliant and simple solution enabled improving the sensing properties of InGaAs THz detectors, on the one hand increasing their detection capability by order of magnitude while, on the other one, reducing the physical size of the THz imaging system.

All that makes this discovery simply irresistible for many known applications in THz-imaging technology, viz. medical diagnostics; full body scanning in security systems; NDT and quality control and many others! On top of that, considering that this solution is not restricted to THz sensors of this type; it can potentially be extrapolated to other types of planar technology-based detectors as well! 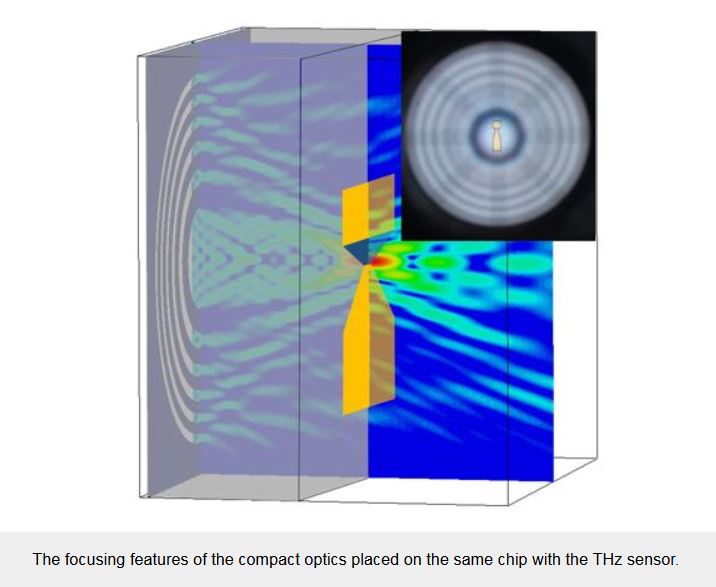