It is a common knowledge that quality control and non-destructive testing (NDT) for detection-through surfaces in food and agricultural industries is crucial to avoid using ionizing radiation (like X-ray) for its detrimental affect on human health. This is where Terahertz imaging technology -developed and commercialized by Terasense - comes in extremely handy, as never before. There are many examples of practical and useful applications and their number is growing exponentially each month, week and even day!

Here is one - a non-invasive technique used for monitoring the availability/number of hazel nuts inside of chocolate candy. For instance, one of our customers in Europe - instead of  X-ray machine-  wants to use our THz imaging technology, where our THz imaging sensor arrays were meant to handle the task of checking if a Pick-and-Place robotic arm has actually put small candy Bars into a cardboard carton. Seeing through cardboard poses no problem to our THz imagers.  With that in mind, we needed to make sure that no metal-containing foil is used for any wrapping or packing materials in this case, (because, metal remains to be impervious to THz rays). 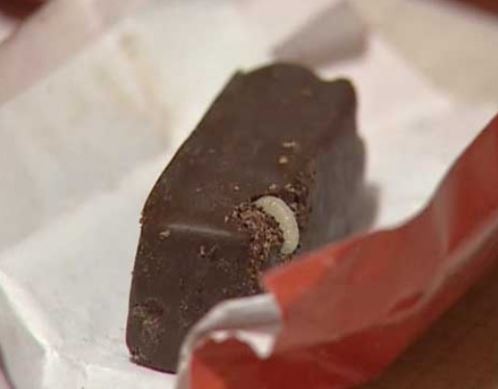 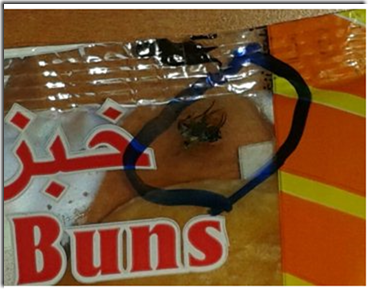 Reports of insects and other foreign objects found in food are a serious cause of concern for consumers, food manufacturers retailers alike. Unwrapping a chocolate bar might reveal an unpleasant surprise like insects and pieces of metal or glass or clots of dirt, you name it...

One can hardly deny that it is disgusting enough to kill  your appetite for the years to come. On top of that, in certain countries a producer or retailer may end up being sewed for it, which my entail million-dollar fines and tedious lawsuits.

We have received many inquiries which finally prompted us to make some test.

Specifically for Food industry applications we made some tests meant to show our capability to identify extraneous objects (e.g. insects, pieces of plastics, metal, stones or soil) inside of some food products (most likely buns or loaf of bread and, chocolate). 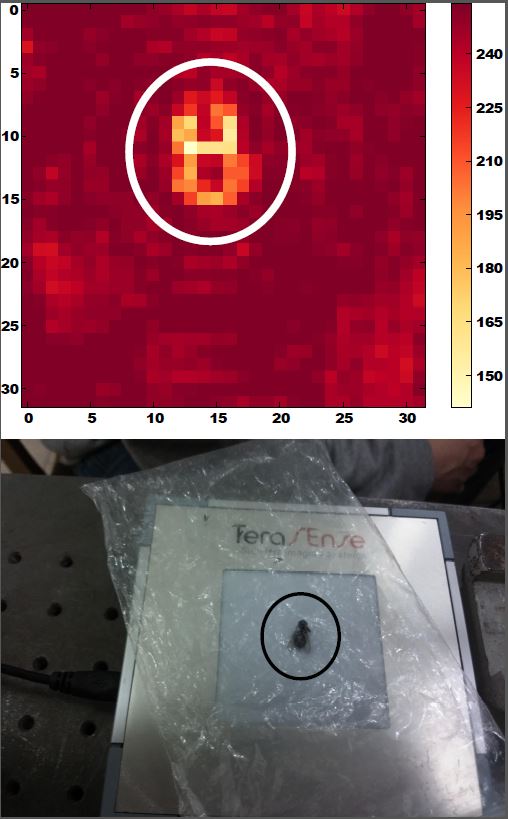 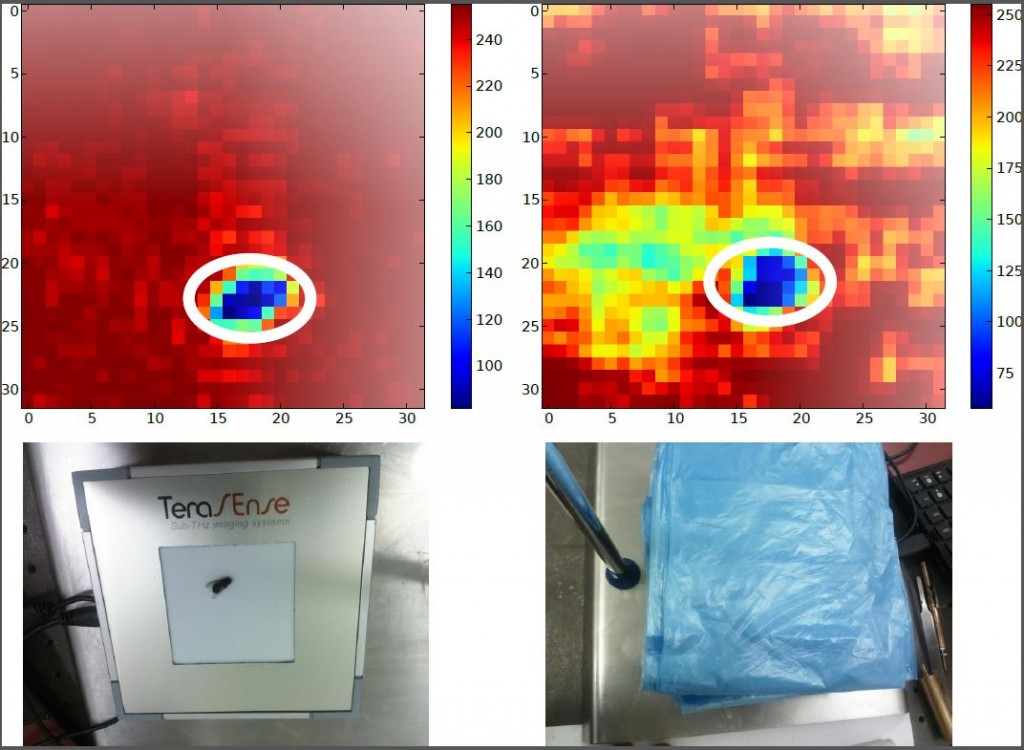 The test above with a fly clearly shows that out THz imaging systems  can easily identify insects through polyethylene bags (even if total thickness of such PET coating  exceeds 20mm).

The test shows detection and imaging of a common housefly  (lat. Musca domestica) under many polyethylene bags about 2 cm think! As you can see our Terahertz imaging systems can perfectly detect flies even though the very thick layer of poly-bags (PE). This test proves that our Terahertz (THz) imaging cameras perfectly detect insects (flys, cockroaches, spiders, caterpillars, dragonfly, worms etc) under almost any layer of polyethylene or paper  bags or stashed inside (between the bags).

Detecting any metal or plastic debris inside the packaging food is just as important as the application above. Below are the vivid examples of THz images of detecting metal  debris inside the chocolate or in  powder. In the latter case THz imaging was perfumed though plastic container filled with flower. Of course, instead of chocolate or flower it can be any other dry food. We keep receiving many inquiries and will surely keep you up to date on our progress! 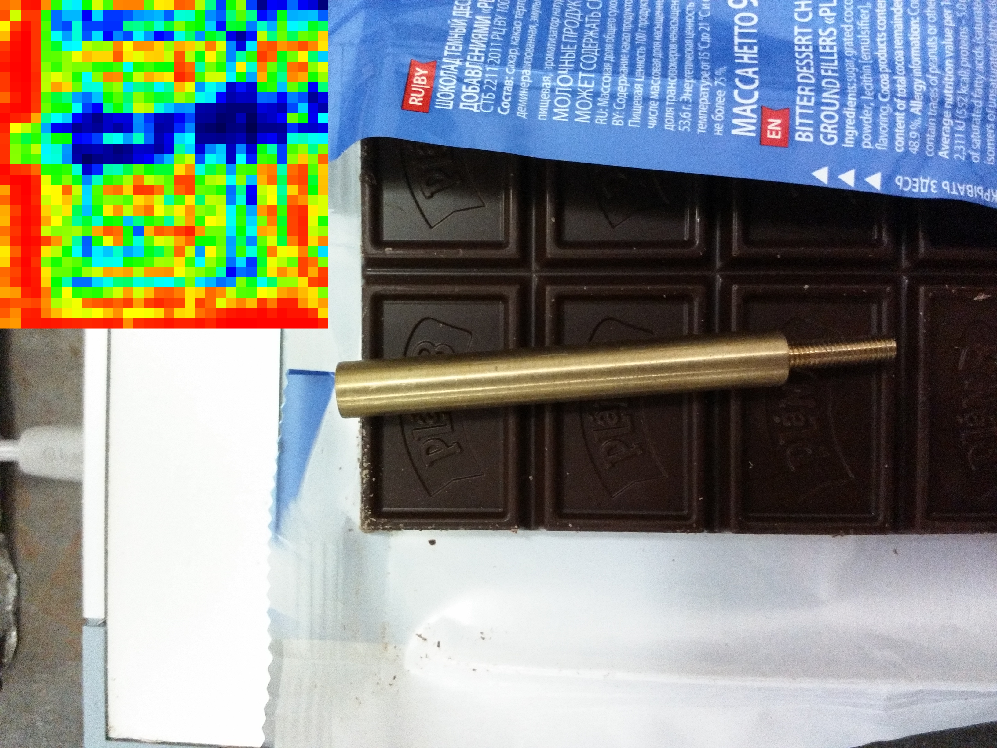 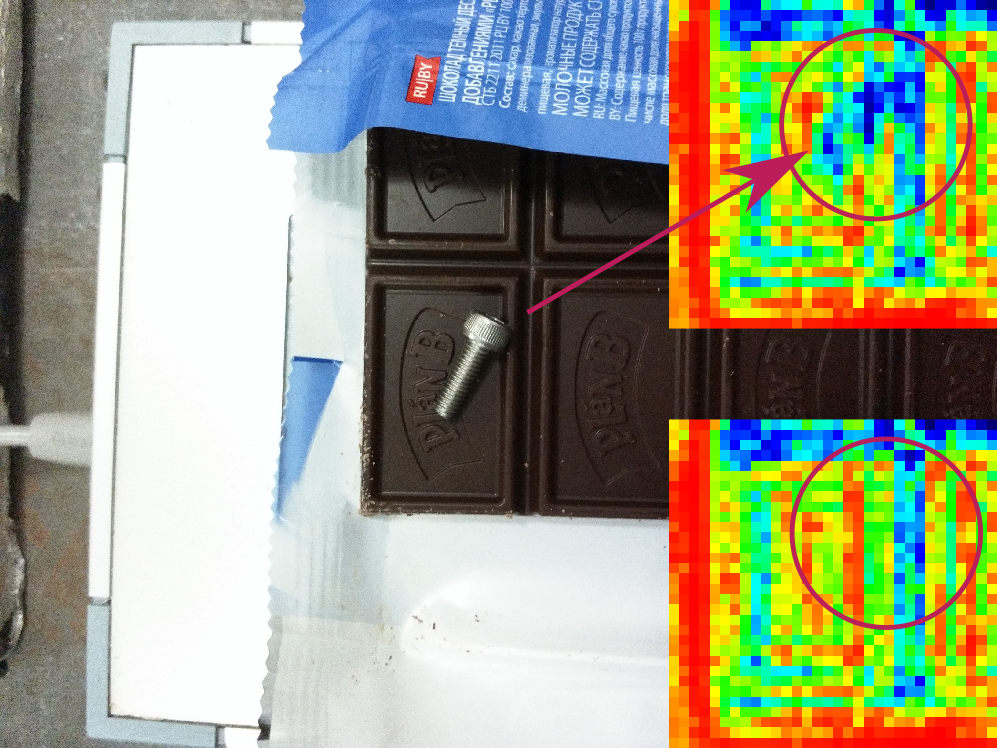 Terasense patent-protected THz imaging technology seems to have arrived in the market for year to come and it it could not have come at a better time, while the number of food products and their variety is increasingly growing!