The first prototype is capable to detect any objects larger than 3 mm at the distances up to 3 m covering the area of 0.7 x 0.7 m on inspected object in reflection mode. 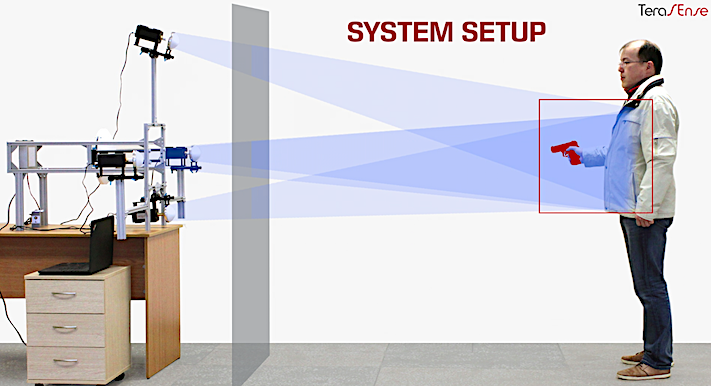 The Terahertz Security Body Scanning system consists of a set of THz wave sources for object illumination, a compact terahertz camera and an enhanced optical system for collecting the reflected beam and collimating it onto the sensor window, all this followed by a PC with previously installed original Terasense Viewer ® Software.

The system is so simple that can be set-up in minutes. Being hidden behind a wall, made of any material transparent in terahertz waves, makes this solution a stand-off performer for covert security screening.