Terahertz waves are invisible and just as other electromagnetic radiation types can be pointed to a distant target by means of special antennas and amplifiers. Less than a decade  ago a group of scientists headed by Raytheon designed a mighty deterrent system for crowd dispersal that employed  unique features of THz waves multiplying their generally 'soft touch'  with a extremely powerful generators  (gyrotrons) to achieve the desired effect. Officially, it was given the name of  Active Denial System (ADS) and it basically represents  a directed-energy tool for crowd control,  area denial, perimeter security ad similar security -related purposes. Informally, the weapon is also called the heat ray' and it's not without reason.

This technology is based on  non-lethal impact on human skin, which in other words does not kill, but scare off people from locations where their presence is unwanted. The technique employs millimeter waves at the frequency of 95 GHz that considerably heat up the very thin top layer of human skin (only down to 0.4mm deep) up to a temperature of approximately  53-54 °C. Such heat ray impact generated by this stand-off deterrent system  lasts only for a couple of seconds (or use series of burst 2-sec long), but it's more than enough to achieve the sought result - disperse the crowd. A targeted persons cannot tolerate such effect even for a few seconds, which in its turn  forces them to seek escape from its influence  and move away.

The U.S. Marines and Air Force and other special forces are said to use this conceptually new deterrent technology designed to incapacitate enemy combatants with an unnerving non-lethal sensation of intense heat. If installed on a vehicle it can be quickly transported to scatter the crowd in a certain location. 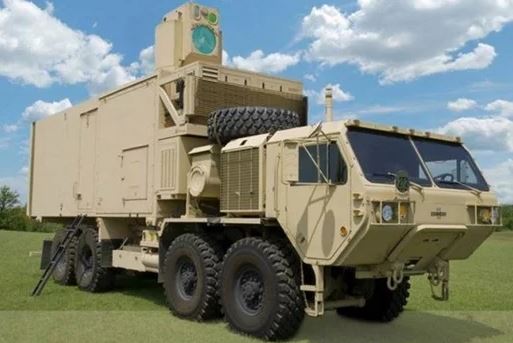 Col. Kirk Hymes, Joint Non-Lethal Weapons Director, emphasized  three great characteristics of ADS. First of all its safe. Second, it's effective, and third, it has tremendous range compared to the other non-lethal warfare. The electromagnetic waves released by ADS collects the impressive energy which is sent to the target at the speed of light. Gyrotron, the heart of the machine,  is capable of generating a radio frequency with an output power of 100KW to keep the troublemakers away. ADS is similar to a microwave radiation  known to cause the water molecules in the matter  to become excited and heat up. However, as opposed to microwave oven,  ADS is intrinsically safe and non-detrimental for human health as it is designed to heat up only the very surface of the skin thanks to outputting only the carefully chosen frequency of 95 GHz with a known effect. Even though it can easily penetrate clothing the ADS generates a much shorter and safer wavelengths of radio waves than those used in a microwave ovens.

Our customers and web-site visitors often ask us if THz radiation of our spectral range 50-700GHz is safe. Well, if sophisticated terahertz-based systems with such mighty output power are considered by experts to be safe,  THz sources  (IMPATT diodes) with max output power of 0.5W and Terahertz imaging systems on their basis produced  by Terasense are absolutely innocent and are double-safe beyond any reasonable doubt.