Terahertz scanning technology ‘goes mobile’ – thanks to another breakthrough

Terahertz imaging travels 'far and wide', while penetrating more and more spheres of our everyday life, gaining ground and gaining momentum! There is recent news about another breakthrough in the field that is all over the internet now. It tells about a mobile phone designed by American scientists to operate similar to an X-ray scanner, but employing Terahertz (THz) spectrum of electromagnetic radiation instead (which is safe).

Dr. Kenneth O, professor of electrical engineering at UT Dallas and the Texas Instruments Distinguished Chair, said that they had created approaches aimed to open a previously untapped portion of the electromagnetic spectrum for consumer use and life-saving medical applications, which would allow to better exploit the unlimited potential of the terahertz range.

Their hi-tech chip embedded in a mobile phone presumably allows such handy scanner to 'see through' fabrics such as clothing, drapes etc.  Of course, the research team will not rest on laurels, and the next step  expected of them - although they are shy about it so far – is a mobile THz-based platform capable of penetrating wood, plastics  and even walls.

This may also open the door for medical applications allowing the doctors to look inside a human body for cancer tumours without damaging X-Rays or large, expensive MRI scanners. 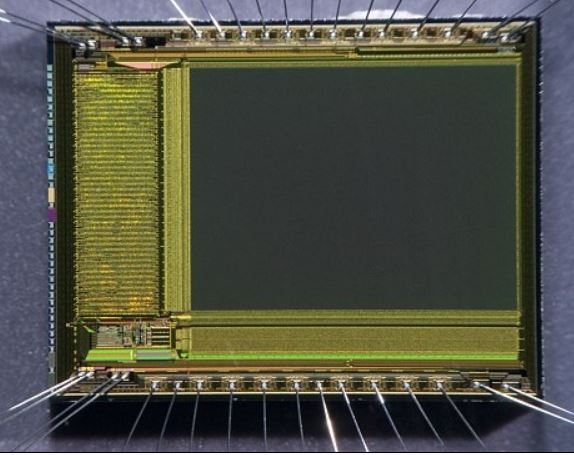 At present, the device is designed to work over a short range, about 4 inches, but great things have small beginnings!  What is remarkable is that their normal-sized microchip can fit into phones or other handheld electronics. That microchip employs CMOS technology, which was enhanced to utilize THz rays and which makes THz rays much more affordable than they used to be.

This is crucial in making the findings applicable for consumer devices and affordable for users.  Chips manufactured using CMOS (Complementary Metal-Oxide Semiconductor) technology form the basis of many consumer electronic devices used in daily life such as personal computers, smart phones, high definition TV and game consoles. ‘The combination of CMOS and terahertz means you could put this chip and receiver on the back of a cellphone, turning it into a device carried in your pocket that can see through objects’ said the scientist.

This device is claimed to be capable of detecting various objects, like studs, wires, hollows within walls. What makes this invention really remarkable is that this new approach somehow manages to get by without THz lenses inside a device, which enabled considerable reduction of the overall size.

Consumer applications of such technology is virtually unlimited and in addition to the above, can include authentication of important documents, detecting counterfeit money, process control for manufacturers (OEM), data transmission in wireless communication devices, you name it!

The research was presented at the most recent International Solid-State Circuits Conference (ISSCC). The team will continue its work to build an entire working imaging system based on the CMOS terahertz system. Well, Terasense team wishes them luck and more inspiration to carry it all through, but for the time being invites everyone to take a look at out terahertz imaging cameras, THz sources and detectors.