Terahertz photons are not sufficiently energetic to break chemical bonds or ionize molecules/atoms, and are therefore harmless for living organisms, as opposed to higher energy photons such as x-rays and UV rays. THz radiation is not highly scattered in tissues (unlike optical emission). Besides, due to strong absorption of T-rays by water, terahertz imaging can be a useful tool to investigate soft tissues. These unique properties of T-rays make them eligible for use in various medical applications, some of which hold enormous promise for certain aspects of diagnostics as described below. 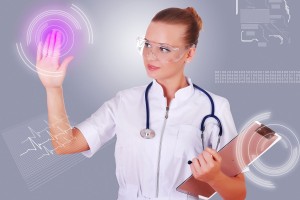 The most recent achievements in the field of medical imaging have dramatically enhanced early detection and treatment of many pathological conditions. THz imaging systems can help in detecting early cancer before it is visible or sensitive to any other identification means.

The latest research aimed at examining terahertz properties on skin cancer, breast and colon cancer tissues discovered that refractive index and absorption coefficient of the tumor tissue are higher in comparison to the normal tissue. Such distinction is possible due to higher water content and structural changes that occur in carcinoma (e.g. increased cell and protein density observed in cells affected by disease). Terahertz pulse imaging technique is highly sensitive to water concentration (because of its attenuation) and therefore water absorption is evident in the terahertz properties measured for soft tissues; this explains, for instance, the contrast seen between muscle and adipose tissue.

By obtaining both frequency and time domain information, Terahertz imaging can ensure enhanced detection of cancer (and other inflammation areas), and provide sharper imaging and molecular fingerprinting. Each year millions of biopsies of breast tissues are required to compensate for uncertain, inaccurate or negligent diagnoses delivered by means of conventional detection methods that are not always impeccable.

Terahertz time-domain spectroscopy (TDS-THz) can breach the shortcomings of other medical diagnostics in rendering adequate images of affected tissues or suspected areas. Many researchers confirm that in a certain frequency range most tumors have lower absorption than normal tissues. The obvious conclusion here is that THz imaging can ‘distinguish’ tumors (inflamed areas) from normal tissues. In addition to helping save human lives, such biopsies enhanced by T-ray spectroscopy save a lot of time and effort by reducing the number repeat surgical procedures in breast and skin cancer treatment cases.

One of the greatest biomedical potentials of T-ray imaging is the use of molecular spectroscopy for diagnostics, which is exponentially advanced and moved closer towards by the progress.

During a carcinectomy surgery the tumor is often excised with an ample margin of surrounding healthy tissue. Such a playing-it-safe approach in surgery is often justified, but costs dearly to patients and sets back the regeneration/recovery period significantly.

Imaging in the THz frequency range can be used to render real-time imaging during surgical operations to avoid cutting off a lot of healthy tissue, and exclude leaving any part of carcinoma in a patient’s body. This in turn considerably reduces the likelihood of the need for a repeat invasive operative intervention(s) in the future.

Terahertz imaging (especially THz Pulse Imaging (TPI)) can show a good contrast between different types of animal tissue and, accordingly, can enhance the effectiveness of medical diagnostics and tangibly complement histological analysis. Such diagnostic allows obtaining an individual spectrum of each pixel.

Please click to see picture «Contribution of THz technology in the future (10 years)» by National Institute of Information and Communication Technology, Japan

Those spectra representing different types of tissue appear to be markedly different. This suggests that the spectral data inherent in the T-ray image might be used to distinguish between soft and hard tissue at each image pixel and provide other diagnostic information unobtainable by currently available conventional imaging techniques.

In-vivo molecular imaging is considered as the next frontier in medical diagnostics, which would be ideally performed non-invasively. 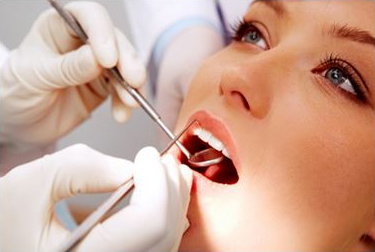 Many researchers agree that the time-of-flight of THz pulses through the tooth allows making highly important measurements of, for instance, enamel thickness. Moreover, it can be used to create an image showing the enamel and dentine regions. Additionally, pulp cavity regions can be identified via absorption of THz pulses in the tooth and enable a dentist to choose the right treatment on the spot. 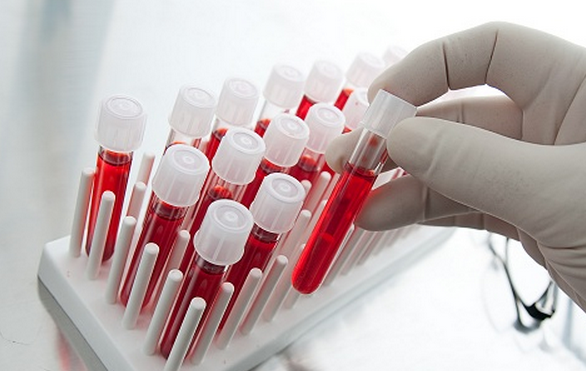 A number of medical R&D projects lead to conclusions that terahertz (THz) time-domain spectroscopy (TDS) can be used to characterize blood. Scientists in this field have already obtained complex optical constants of blood and its constituents, such as water, plasma, and red blood cells (RBCs) in the THz frequency region. Researchers managed to extract the volume percentage of RBCs in blood and compare it with the conventional RBC counter results. The THz absorption constants were found to vary linearly with RBC concentration in both normal saline and whole blood. The excellent linearity between the THz signal and RBC concentration was also confirmed in a polyurethane resin tube using the THz imaging method. These results demonstrate that THz-TDS imaging can facilitate quantitative analysis of blood.

Besides, the most recent study of THz emission at the level of several tens of GHz and 300 GHz showed sensitivity to the blood glucose level. This invention opened immense opportunities for preventive healthcare (blood analysis) and non-invasive measurement of glucose and other biomedical relevant molecules involving sub-THz and Terahertz ranges, up from approx. 20 GHz on.

It is now evident that different types of biomolecules leave distinctive spectral fingerprints in the THz region, which considerably widens the coverage of THz technology application including in-vitro and in-vivo measurements of small molecules (such as glucose, lactate, urea) of clinical importance in PoC and diagnostic systems. 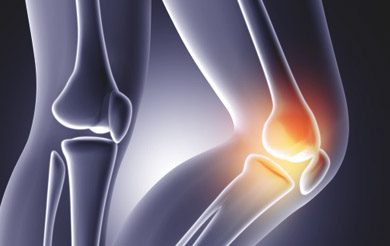 There are also many other branches of medicine which would benefit from intra-operative probe as well as post-operative analysis of soft tissues sensitive to THz light.

Osteoarthritis (OA), the most common form of arthritis, caused by breakdown of cartilage would be one vivid example. It usually affects weight-bearing joints like hips, knees, feet and spine, which causes degeneration of joints. Cartilage erosion may involve bone grinding, leading to thickening and forming of osteophytes, and, as a result, pain, stiffness, swelling and reduced range of motion.

OA and many other diseases would be a great medical incentive for investigation the in-vivo usage of terahertz imaging.

As it is safe for humans, these Terahertz technologies can open up infinite opportunities for medicine, that like other applications can surely benefit from the harmless penetrating capability of Terahertz waves to make the invisible visible and visualize internal information about physical objects.

We must admit that despite numerous reports in the press and on the internet of successful application of THz imaging in medicine, we have never tested our imaging systems for any of the medical applications described above. We can only assume that our devices can be useful in some of the aforementioned areas. We encourage our customers to consider getting our THz imaging systems for respective tests in the field and would certainly appreciate any feedback afterwards.